Stolen Shakespeare Guild is dedicated to uniting and enriching our community through the preservation and celebration of classic theater.

We provide honest and accessible professional productions for our community.  We value the highest artistic quality by nurturing local talent, cultivating a loyal audience and an enthusiastic support network.  Because we believe classic theater is still relevant to modern audiences, we strive to present plays in a clear, engaging way.  In order to create a long-lasting legacy, we are committed to financial sustainability.  We value an enriching, educational, and entertaining, shared theatrical experience.

Stolen Shakespeare Guild began in 2004 as a master’s thesis project at Texas Woman’s University. Founding Artistic Director, Jason Morgan, felt strongly that North Texas needed a theater that could bring together a remarkable group of actors and artists to read, study, rehearse, and perform classical plays. After 15 years, SSG is still at it! Stolen Shakespeare Guild assembles accomplished equity and non-equity actors, directors, and other theater artists dedicated to bringing classical theater to Fort Worth. After performing our first shows at various theaters in the metroplex, we incorporated as a non-profit organization in 2006. In 2007, the company moved to our current space at the Sander’s Theater which is a part of the Fort Worth Community Arts Center. SSG expanded its reach in 2008 by presenting a full season of shows! As we continue to grow and mature, we remain committed to producing plays that celebrate and preserve classic theater for our community.

Co-Executive and Artistic Director
Read More 
Lauren Morgan is an accomplished director, actor, and designer. A native of California, Lauren worked extensively throughout the San Francisco Bay Area before relocating to Fort Worth, Texas. She has a Bachelor of Music degree from TCU. She has directed countless productions for Stolen Shakespeare Guild with her husband, Jason. Some of her favorites include Oklahoma, The Hollow, Sense and Sensibility and Little Women. As a costumer, she specializes in historical productions and has costumed most of SSG’s productions. Favorite roles at SSG include Lily in The Secret Garden, Marian in The Music Man, Amalia in She Loves Me and Nora in A Doll’s House. She has also been seen locally with Fort Worth Opera (La Boheme, Romeo et Juliette), Lyric Stage (110 in the Shade, Celebration), Theater Arlington (Music Man, Leading Ladies) and many others. Lauren is the recipient of multiple Column Awards and a DFW Theater Critics Forum award.

Co-Executive and Artistic Director
Read More 
Jason Morgan is a graduate of Texas Woman's University with a Master of Arts in Theatre and Stephen F. Austin State University with a Bachelor of Fine Arts in Theatre. He is an experienced and award-winning actor/director who has appeared in over 100 stage productions. In the DFW area, he has performed at Theatre Arlington, Rover Dramawerks, NM Productions, Pocket Sandwich Theatre, and many more. In addition, he is a skilled set designer and enjoys coming up with new and interesting layouts for SSG’s shows. He directs multiple productions for Stolen Shakespeare Guild every season, and his favorite shows include Tartuffe, Oklahoma, Much Ado About Nothing and Love’s Labour’s Lost. You may have seen him on stage as the Porter in Macbeth, Bottom in Midsummer Night’s Dream, and Bob Cratchit in A Christmas Carol.

Artistic Associate
Read More 
Nathan Autrey holds a B.F.A. in Acting from the University of North Texas and an M.F.A. in Directing from the Actors Studio Drama School at Pace University. He has over thirteen years of experience in education and as a professional actor and director. Nathan has taught theatre both at the secondary and collegiate level, including the construction and implementation of theatre curriculum for three different Texas school districts. He was awarded the Bayard Friedman Drama Director of the Year award in 2015. Professionally, he helped create Broken Gears Project Theatre. Under his direction, Broken Gears was awarded a Top Ten Production in 2010 for John Patrick Shanley’s Danny and the Deep Blue Sea (Dallas Morning News), and BEST Production in 2011 for The Pitchfork Disney (Dallas Morning News). Broken Gears also performed the US premiere of The Magdalene Whitewash and the English premiere of The Hand by German Madrid. Lawson Taitte of the Dallas Morning News called Nathan the “youngest, most talented director in Dallas.” Nathan has worked and directed for three different Off-Broadway Theatres in NYC: The Daryl Roth Theatre, HERE Arts, and The Irish Repertory Theatre. His production of Lenny Bruce is Back was nominated for Best Touring Show of the Year in 2018 by Broadway World and featured nominations for both Best Direction and Best Actor. Nathan has also served as the Artistic Director for the Breckenridge Backstage Theatre where he programmed 3 seasons of art and was responsible for helping "Put the Theatre back in the limelight." Nominations for Nathan also include John Garcia’s: The Column, Colorado Theatre Guild and numerous positive theatrical reviews within top Dallas Fort-Worth area and Colorado area publications. Nathan currently serves as an Artistic Associate for the non-profit Classical Theatre Company - Stolen Shakespeare Guild and is a proud member of the Stage Directors and Choreographers Union.

Creatives Engineer
Read More 
Jennifer Stewart serves as the creatives engineer for Stolen Shakespeare Guild. Jennifer has a Bachelor's degree in Interdisciplinary Studies from UT at Arlington. She has a background in video and television and was a video editor for the WFAA-TV news department. She has been the props coordinator for SSG since 2014 and has stage managed a number of SSG productions including Our Town, Dirty Rotten Scoundrels, Singing In the Rain, Blithe Spirit, Into the Woods, Persuasion, Tartuffe, She Stoops to Conquer, On the Town, Northanger Abbey, Wolf Hall and Macbeth.

Stolen Shakespeare Guild is committed to creating a culture of inclusion that embraces each of our different and unique experiences and characteristics. We are committed to an equitable, diverse and inclusive workplace where individuals can thrive and succeed while growing professionally and personally. 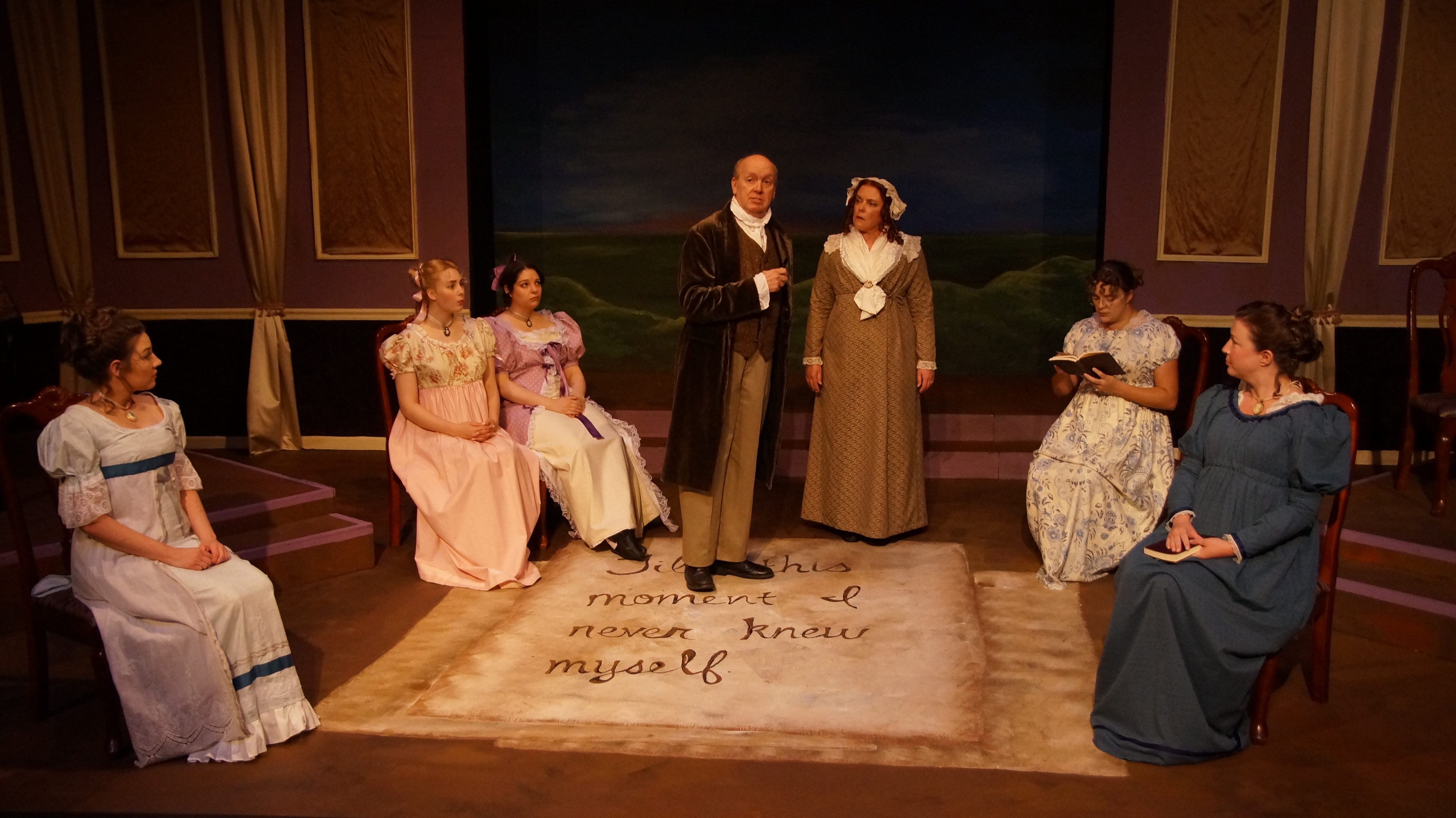 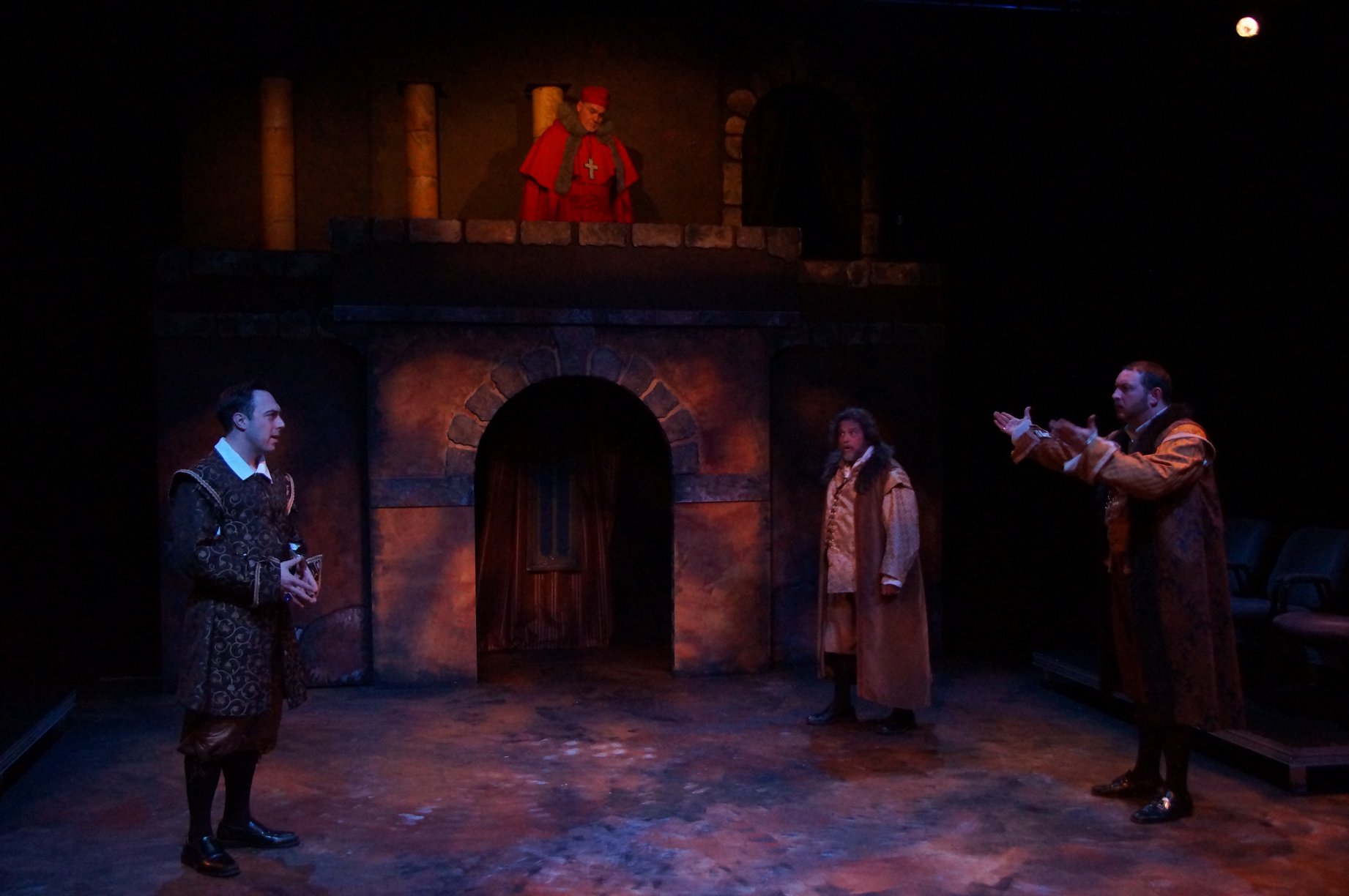 Stolen Shakespeare Festival 2020 featuring Macbeth and Bring Up The Bodies 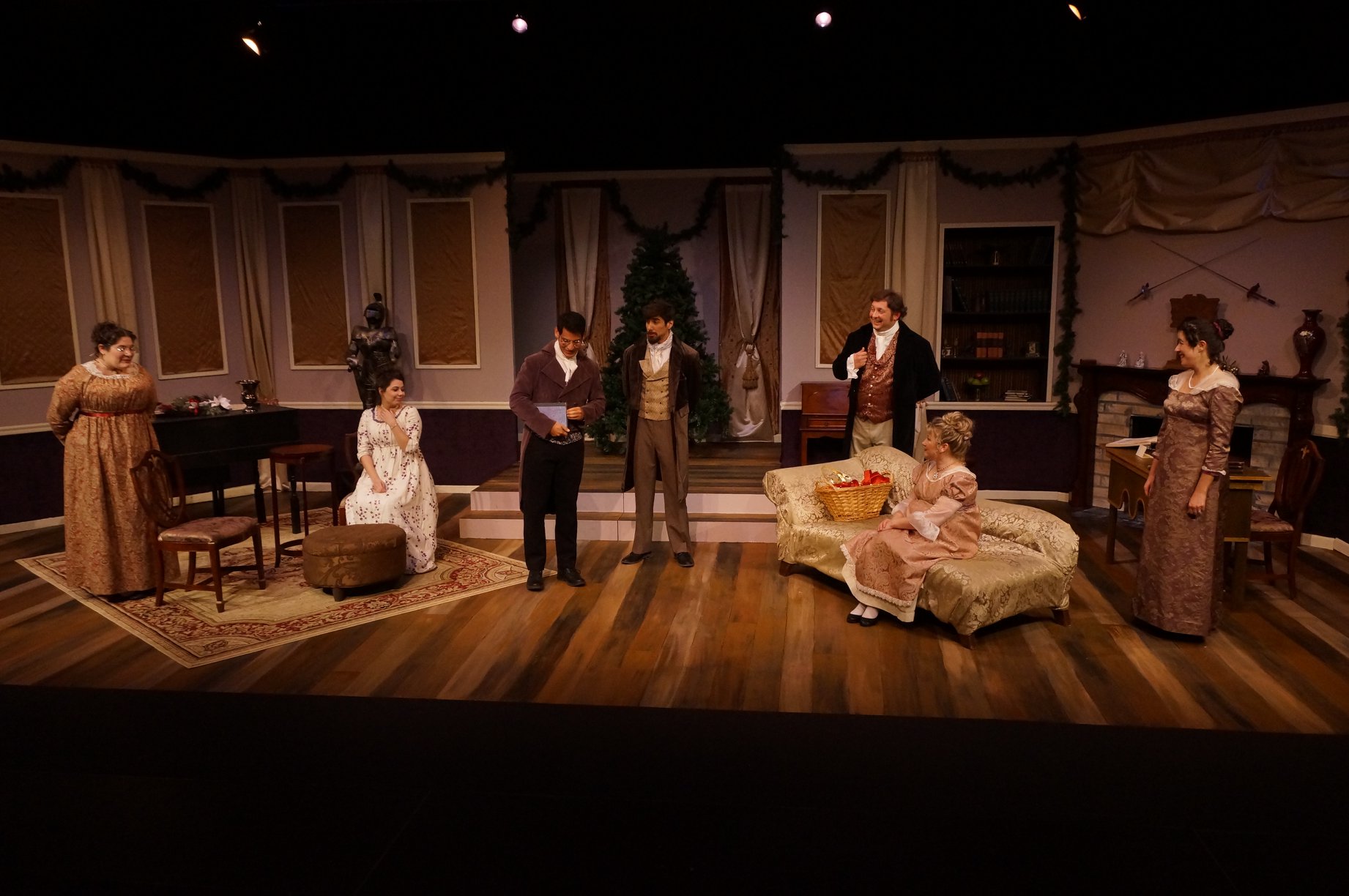